It’s been months since the last production diary which means we have been keeping real busy. Also, at this point I feel I can’t share much about the film anymore be it stills or clips, I can only talk about them. Unfortunately I am not much of a talker either, hence the delay.

I will still try my best to keep this going. May be have a bi-monthly vlog or something easier. Let’s see how that goes.

We are sort of reaching the halfway mark here. Many renders from first half are underway. A good number of scenes and shots need tremendous amount of polishing and will take a longer time to reach the render stage. The voice over pickups and brain storming for music is next on the schedule. I already have pretty good idea about both just need to find the right balance. Schirkoa is not an easy film to score given the stark contrast between it’s first and second halves.

Calling film’s progress reaching a half-way mark is rather bold. Film’s second half contains too many ambitious sequences both in terms of narrative and scale. The storyboards are monstrously exciting and building those scenes is going to be months of stressful fun.

While creating a good narrative it’s important to equally focus on creating a plausible world. What cars do they drive? What’s the current fashion? Which movie is playing in the theaters? What is the current state of technology? How about social issues? When is the next election day? The most sought after diner?

What really is the zeitgeist of Schirkoa today? These are the questions we have tried to answer in past few weeks. From the text on a flyer in a lost alley right to the zeppelin flying up above..

Great news for friends in Mainland China. Schirkoa will be screened on JIA Screen over the next week! Jia Screen is Chinese auteur extraordinaire Jia Zhangke’s new digital platform, where curated international films are featured and reviewed by Chinese critics and audience. We are thrilled to have Schirkoa there and hope they like this dystopian animation.

Here is more about the platform : Variety Article 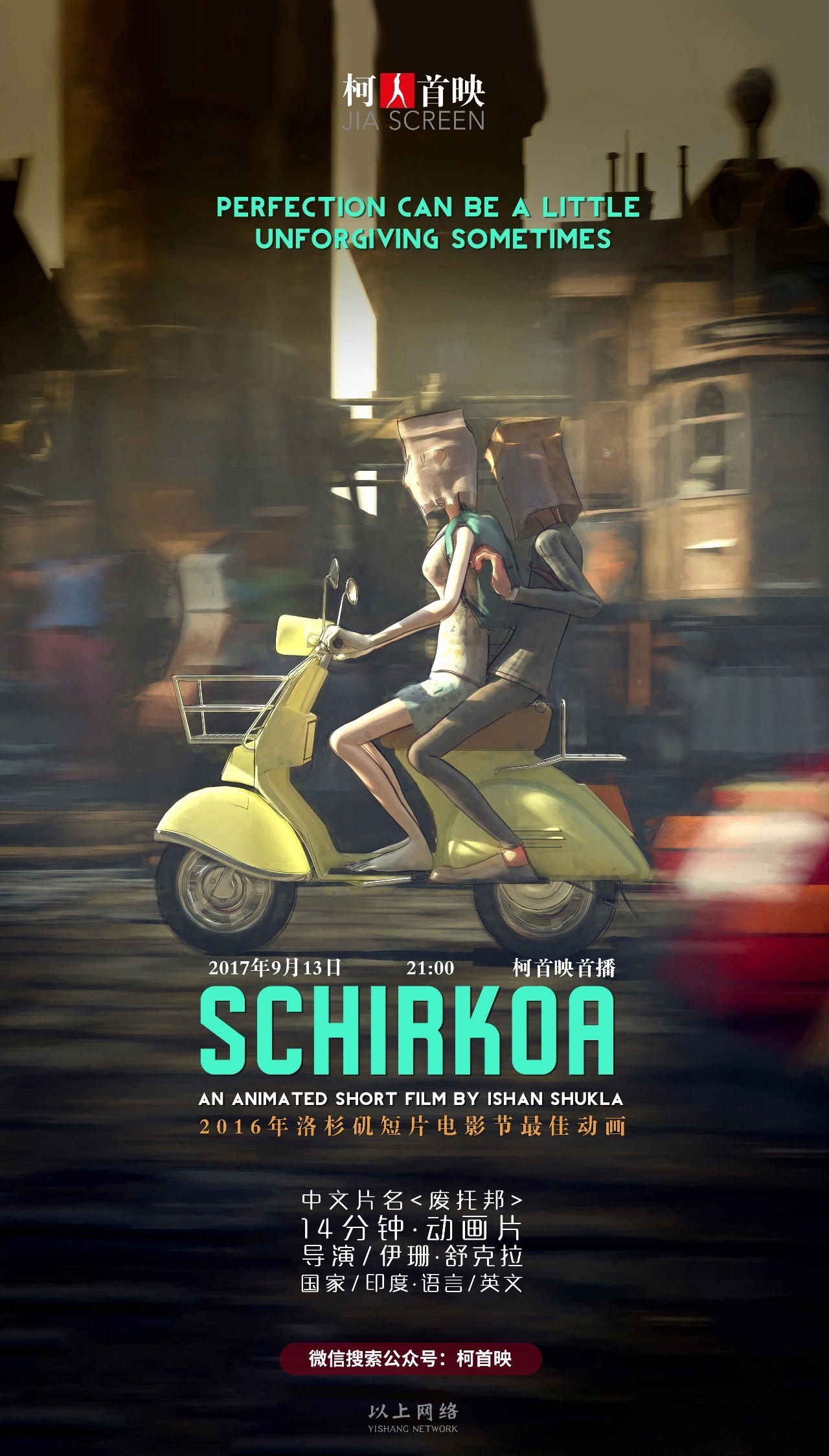 Another good month for Schirkoa.