It’s been 7 years since this blog started. It all began with little doodles that – turned into an unfinished graphic novel – that transformed into a series of production diaries for a short film – that is now turning into a feature. While the film is shaping up nicely it’s perfect time to put the short out in the open. Hope you all enjoy it.

When I and my wife were producing Schirkoa from our home studio we didn’t know we would be sharing the tables with Bollywood celebrities, film critics and industry giants. Getting awarded with stars and creators of last year’s critical Bollywood hits like Secret Superstar, Bareilly ki Barfi, Hindi Medium, Jagga Jasoos and more was slightly overwhelming. 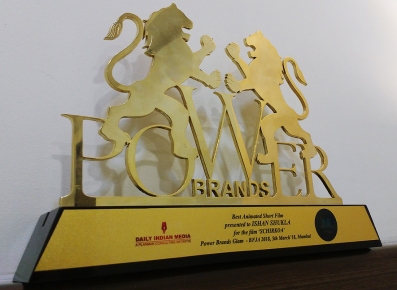 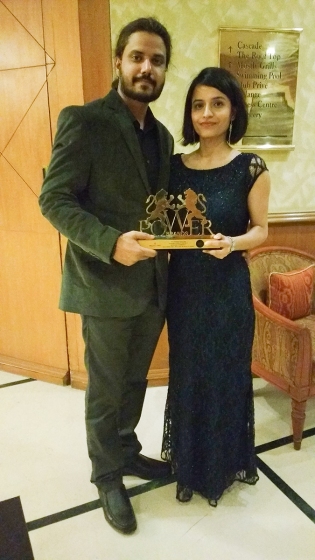 “The awards are the first no frills, absolutely transparent Bollywood Awards where selection has been based upon voting only by film critics and movie journalists. The exact votes of each journalist is displayed online before the event. http://powerbrands360.com/power–brands-awards.html

I am now working on the feature length film from Schirkoa’s universe. So if you are renting, watching the film and sharing the news with fellow creators, it would already be a fantastic support for the upcoming film.

Those were terrific 3 days of pitching at table no.9. You made the arduous task of networking and pitching rather exhilarating. For creatives looking to meet and collaborate with like minded people – this is a fantastic platform. I pitched the animated feature to a number of important decision makers and glad to know they find the project strong and interesting.

I have been steadily keeping up with the festival run of my film Schirkoa and the talks on the process. It’s been to 96 film festivals so far and still running well. The short film will be available on Vimeo on demand, Amazon on demand and iTunes next month.

Schirkoa will be screened at Eden Theater the first ever public cinema in the world on 25th October at The Best of International Short Film Festival.

In a 5-day event, select short films that have already been awarded in top festivals from around the world in the past year will be screened. The program includes winners at Cannes, Oscars, the Goyas, Sundance, Clermont-Ferrand among others.

Since the start of its festival run in Sept 2016, Schirkoa has screened not only alongside some of the finest films of the year but also ‘at’ the best theaters of the world. But this one is the most special of all!

“Eden Theater was established in 1889.- The historic theater at La Ciotat is at 20 miles east of Marseille, France. Before Hollywood became the worldwide symbol of the movie industry, there was La Ciotat – a small, picturesque town on the Mediterranean that lays claim to being the birthplace of modern cinema. “

This Guardian article covers the history and renovation comprehensively.

Schirkoa has been selected in some exciting festivals around the world in the past two months. In the coming week, it will air on a number of TV channels in Europe. It was mentioned on Macau tribune, Byron Bay blog along with a heartfelt review on weikwenku, China. The film’s official music video is also picking up well with screenings at Poland and Spain.

Stay tuned for an important news on the the film’s future plans next month!